By Ken Klein, Executive Vice President of the Out of Home Advertising Association of America

Visiting in-laws in heartland Ohio showcased an important reminder about media trends:  political messaging is 24/7 even in non-election years.

Incumbent Governor Mike DeWine won’t be on the Ohio ballot for reelection until next year, but his be-speckled face is omni-present on billboards urging him to support repeal of controversial legislation that prompted scandal allegations. (The mid-term general election date is November 8, 2022: primaries are likely in the Ohio governor’s race.)

The billboards featuring DeWine are sponsored by a political organization called Progress Ohio. Its downtown Columbus office is located blocks from a Lamar Advertising digital billboard that displays the “Tell Governor DeWine to repeal” message near Ohio’s Capitol.

The call to action (call or tweet Governor DeWine) illustrates the interconnection between out of home media and social media.

Kantar media tracking says political ad-spending for out of home media increased 154 percent during the first half of 2021 compared to the same period in 2017.

After the 2020 election, the Democratic National Committee brought out of home media to thank senators who supported President Biden’s Covid-relief legislation and to declare that America was “back on track.” 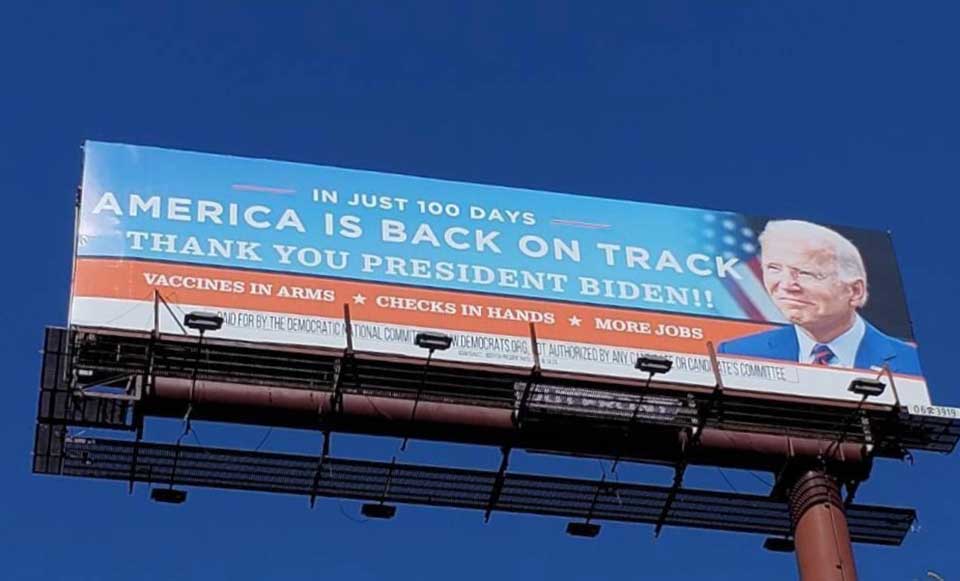 Today’s out of home displays (immediately) communicate topics of the day. In coastal North Carolina, a Biden critic paid for two messages on a digital billboard lampooning the President’s handling of the American exit from Afghanistan.

One image showed Biden enjoying an ice cream cone, juxtaposed to a military helicopter leaving the US Embassy in Kabul. The other showed Biden peeking through window shades.

The billboard was NOT hacked, explained reporter Michael Praats at TV station WECT. 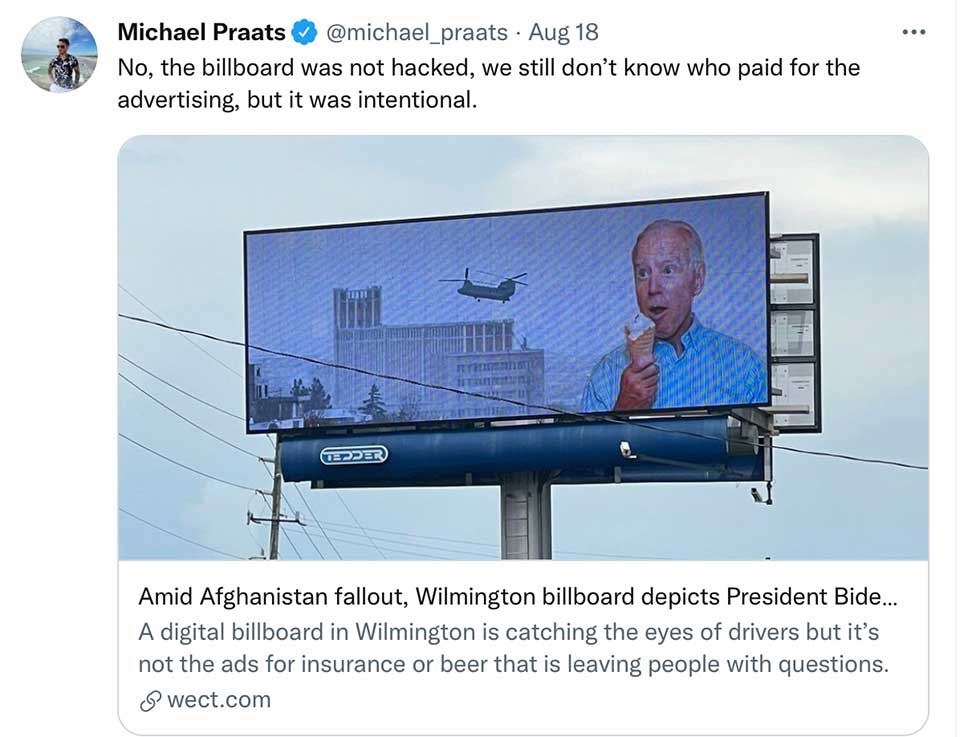 Donald Tedder of Tedder Outdoor Advertising said an anonymous buyer ordered the biting messages due to disappointment caused by the quick Taliban takeover of Afghanistan. Tedder said the customer first considered writing a letter to the newspaper but thought a billboard could have more impact.

What about recall?  A sister-in-law in Ohio remember a red-white-and-blue “Impeachment Now” billboard along Interstate 70 on the approach to Columbus (sponsored by a political action committee called Mad Dog).

That was more than three years ago, which is an excellent outcome for advertising recall . . . in a State that has called itself The Heart of It  All.

How To Use Core Web Vitals Tools, Before Summer's Rollout

How Media Preferences Are Changing