(On June 24-26, 2005, evangelist Billy Graham held his “last crusade” at Flushing Meadows Corona Park, speaking to approximately 242,000 people. Today, from Graham’s birthplace Charlotte, NC, Gale Bonnell of Adams Outdoor Advertising looks back at the connection between the legendary preacher and out of home media).

If you visit the Billy Graham Library (museum) in Charlotte, you’ll find billboards that remind us:

The Billy Graham Library tells his story from birth on a dairy farm in North Carolina in 1918 to his global outreach.

A turning point occurred in 1949 in Los Angeles, when a Billy Graham tent revival was extended by popular demand and the press took notice. To set the scene in 1949, the Billy Graham Library displays a top-lit Guy Martin Motors billboard from that era. 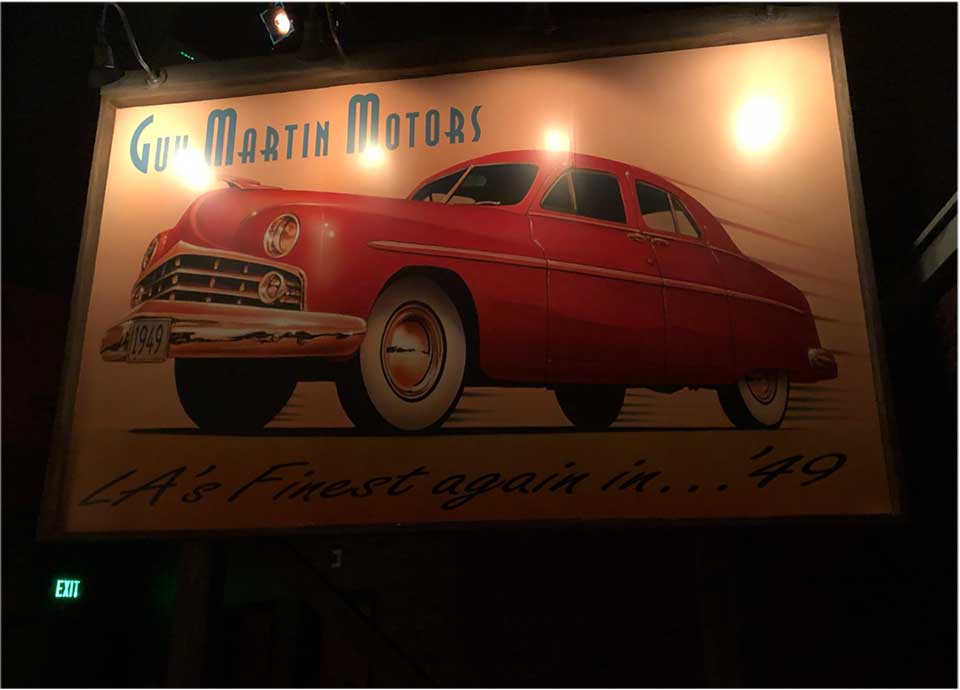 Billy Graham preached to live audiences of nearly 215 million people worldwide. A pioneer in use of media, he also reached millions via television, radio, print, out of home media, and (later) social media.

By 2015, a million visitors had come to the Billy Graham Library in Charlotte, promoted as a destination by Visit North Carolina.

The walk-through experience — located near Billy Graham Parkway — includes his childhood home, video from mass gatherings, and photos of his casket at the US Capitol in 2018 (he was the fourth private person to lie in honor at the Capitol Rotunda). 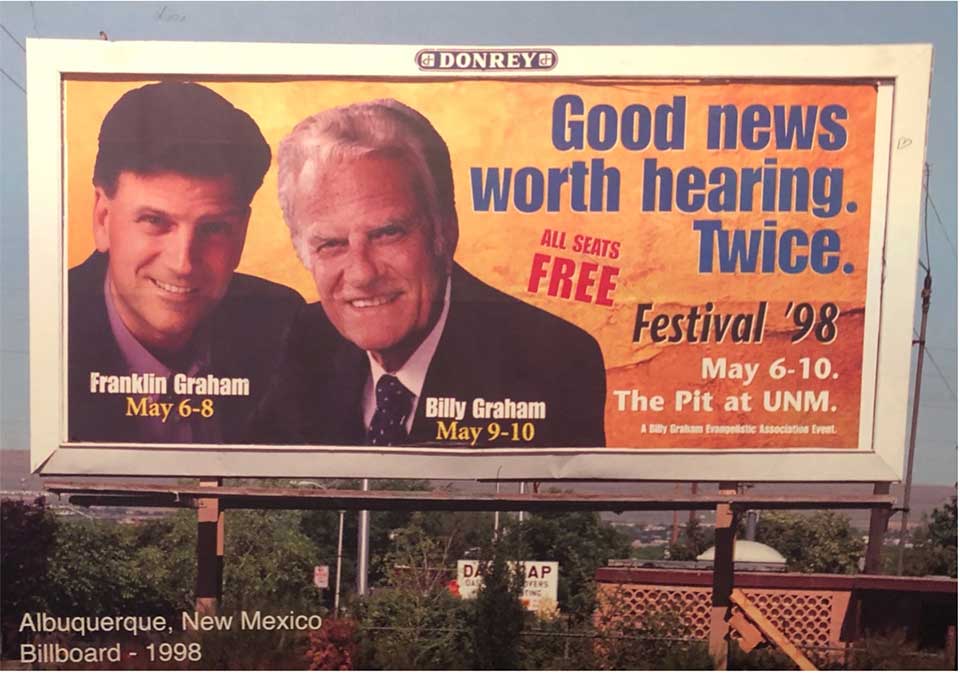 To celebrate Billy Graham’s 95th birthday, his organization prepared a special broadcast (“My Hope America with Billy Graham”) which aired November 7, 2013.  On October 14 of that year, a digital billboard went up in Times Square. 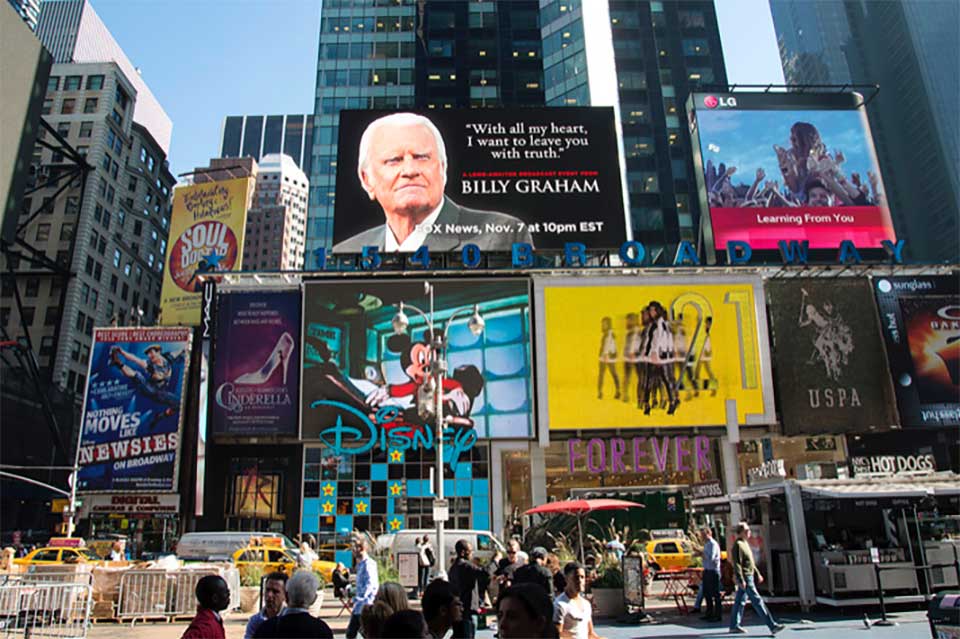 “With all my heart, I want to leave you with truth,” the billboard said.

At age 99, Billy Graham died at home in Montreat, NC. Across the country, out of home media memorized the legendary preacher, including this memorial tribune in Times Square created by award-winning design firm Extra Credit Projects. 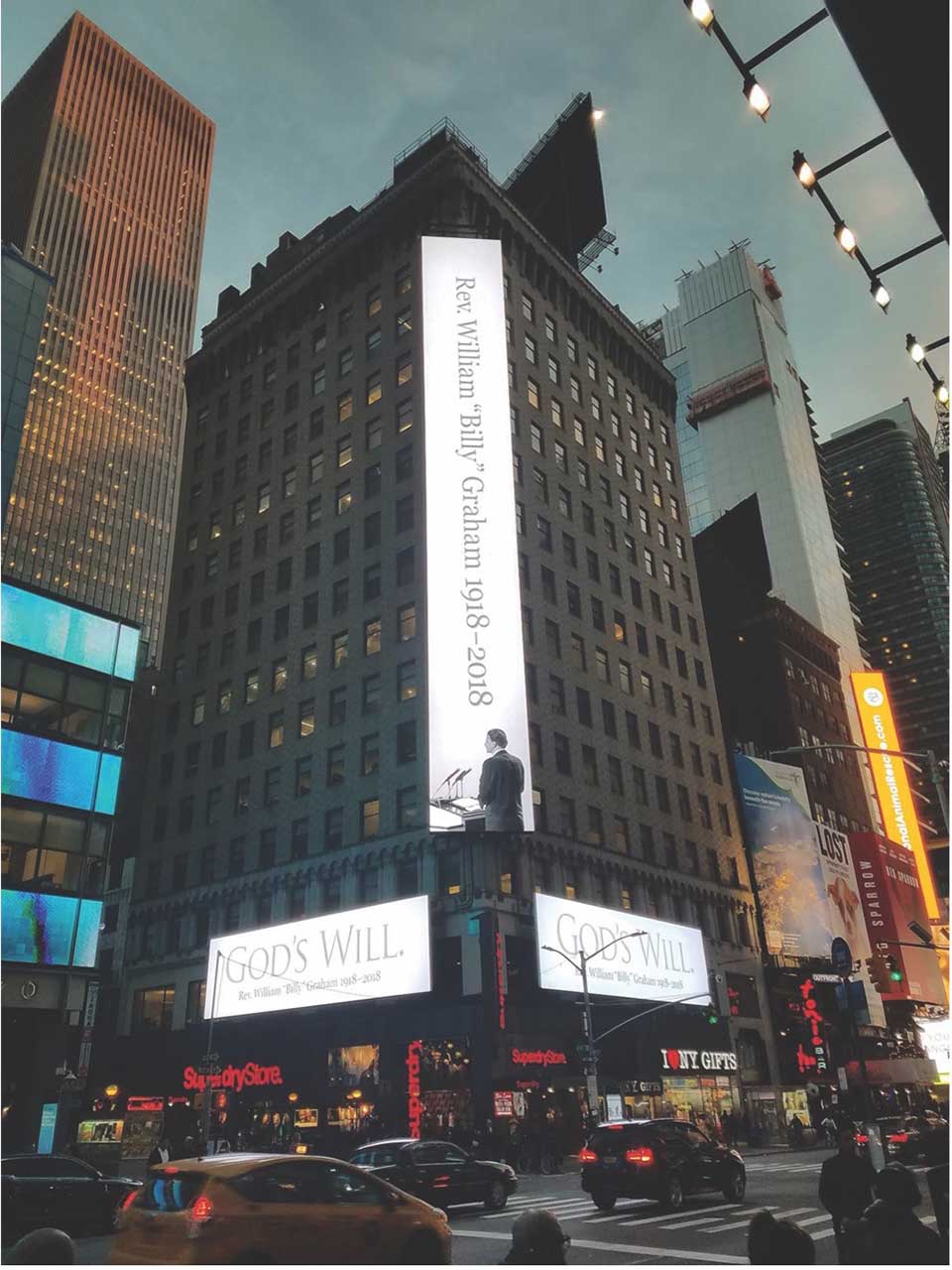 From Midtown to small towns, a farmer’s son from North Carolina named Billy Graham made a big impact on America, religion, and culture. Out of home media is honored to be part of the story.

What’s in Store for Local-Market Media in 2023

The Trends That Will Shape Brand Experiences in 2023