There’s a lot to be said for being a working mom or dad. But one thing that’s not often talked about is the lessons of parenthood that have an uncanny application to marketers and business leaders.

While there are some “no brainer” fundamentals we teach our kids that are paramount to brand and business success (i.e., “tell the truth”), there are also some lessons that we don’t think about as often as we should. All too often we get wrapped up in processes, MBA jargon, and textbook brand-building principles, leaving us feeling uninspired and tired from hashing through (sometimes undue) complexity.

Yet, as a mom of curious 5-year-old and 18-month-old boys, it’s hard to not think about the simple things we teach our kids that, if adopted by brands, can actually make them successful, too. Consider these five things that I as a parent hold dear to raising my kids, and how they can help raise your brand in the same strong way.

Today, purpose rules. But just talking about it isn’t enough. In fact, in today’s culture (and in a political year), we tend to hear too much talk without enough action.

We are drawn to people and brands who live their values and their beliefs. According to a 2018 Accenture study, over 50% of consumers say they’re more attracted to a brand that “stands for something bigger than just the products and services it sells, which aligns with my personal values.” That same study found that 62% of consumers want companies to stand up for the issues they are passionate about.

Consider the pressing issue of climate change. Many brands speak up about sustainability and their commitment to helping address the issue without a demonstrable plan for how they’re taking action. Then look at Saucony. Recognizing that many clothes and shoes end up in landfills, it made a product that could drive change, rather than just asking folks to reuse or recycle. The creation of biodegradable shoes demonstrated its commitment, and then it took to the Super Bowl (where people can often be all talk) to share the news.

Say thank you (and please)

It’s basic and polite behavior, yet we don’t always embrace it as marketers. I’m not suggesting that we go all Sally Field in asking people to like us, but simply be polite. Invite people to try your product, rather than telling them to. There’s a difference in Starbucks asking you to join them for happy hour, rather than telling you to buy your afternoon coffee. There’s a friendlier, more inviting way into the conversation.

More importantly, how often do we really take the opportunity to say thank you? Giving points for purchases doesn’t count. How much thought do we put into making people feel truly appreciated? Chewy has built its business on appreciation. It is recognized for sending handwritten notes to its pet-loving customers, and, moreover, sending handcrafted portraits of their pets or flowers after the passing of their loved one. Those gestures go beyond saying thanks; they say, “We truly value you.”

Mistakes are how we learn. Whether a child is learning to walk, spell or play a sport, each is full of mistakes that are not only expected but critical to achieving success. Brands are human, too. Not only will mistakes happen, but you should welcome them.

Mistakes are a sign of progress. Progress requires trying new things, not all of which will be perfect. But the important thing is that you’re seen trying and learning. Fear of a misstep can be paralyzing (for both brands and agencies).

You don’t have to experiment on huge stages, but experiment. Fail fast. Pivot. Call it whatever you want; just don’t be afraid of making a mistake. Amazon built an entire culture around innovating quickly and optimizing when things don’t go as planned. Embrace what mistakes teach you; learn from them, and move on. It’s exactly what you’d tell your kid.

Use your listening ears

Learn from the world around you. Are the things you think are impressive and wonderful about your brand the same things people think are amazing and important? Are people having discussions about topics that you should or could be involved in? Don’t just jump on a bandwagon; instead, really hear what people are saying and how you could respond. Successful and strong relationships require taking the time to listen.

A few years ago, REI heard the conversation (and frustration) around stores opening earlier and earlier on Black Friday, cutting into Thanksgiving. It saw the opportunity to turn the negative chatter into a movement that aligned with its brand belief. #OptOutside became a call to arms that channeled all the Black Friday backlash in a positive and brand-building direction.

Even Kraft macaroni and cheese heard its audience, removing the artificial ingredients preventing parents from buying while finding a way to maintain the orange color that is nostalgic for many.

Walt Disney once said, “It’s kind of fun to do the impossible.” Ain’t that the truth? Who would have thought soap could become a hallmark of women’s empowerment? As we age, we tend to think in a more structured manner. We know more things and don’t challenge that knowledge as often.

In the marketing world, that translates into many ideas that blend in or are left on the floor. We can be quick to outline the reasons an idea won’t work or the challenges in front of it. Yet, when we see kids go to the nonobvious, create their own worlds, or invent the “next big thing,” it brings joy.

Let’s allow ourselves the runway to dream again. To be curious. To bring forward ideas that, while we may have no idea how to make them happen, we have the passion to figure out. 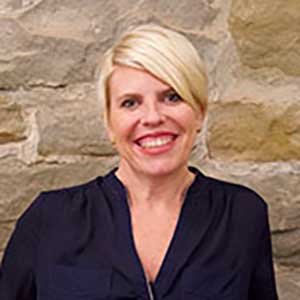 With a passion for growth, innovation and human insight, Britt has built her career helping a wide range of recognized brands re-energize their businesses locally, nationally and globally. Over her career, Britt has helped build and turn around brands including Kraft Heinz, United Airlines, the International Olympic Committee, the Islands of the Bahamas, American Girl, Aflac, Anheuser Busch, among others.

Prior to founding PB&, Britt was the chief strategy & media officer at Publicis Seattle, where she drove the agency’s overall strategy and led the charge in unlocking clients’ business potential. Prior to Publicis, Britt was a partner at Cole & Weber United and spent the majority of her career at Fallon in both Minneapolis & New York, a place where she learned the importance and power of culture, curiosity, compassion and creativity.