By Anna Bager, president and CEO of the Out of Home Advertising Association of America

Check out the eyes on the cover of Michael Farris Smith’s new Gatsby book (Nick).

Scholars say the unblinking eyes of the Gatsby billboard observed the morality of the Roaring Twenties, perhaps a vigil of the Almighty. The omnipresent billboard also symbolized something more earthly: our deep cultural connection with out of home advertising.

Expect to see renewed interest in Gatsby because the copyright expired at the end of 2020. Before The Great Gatsby entered the public domain, author Michael Farris Smith wrote a prequel focused on Nick Carraway, the Gatsby narrator. His book Nick was released on January 5, 2021. 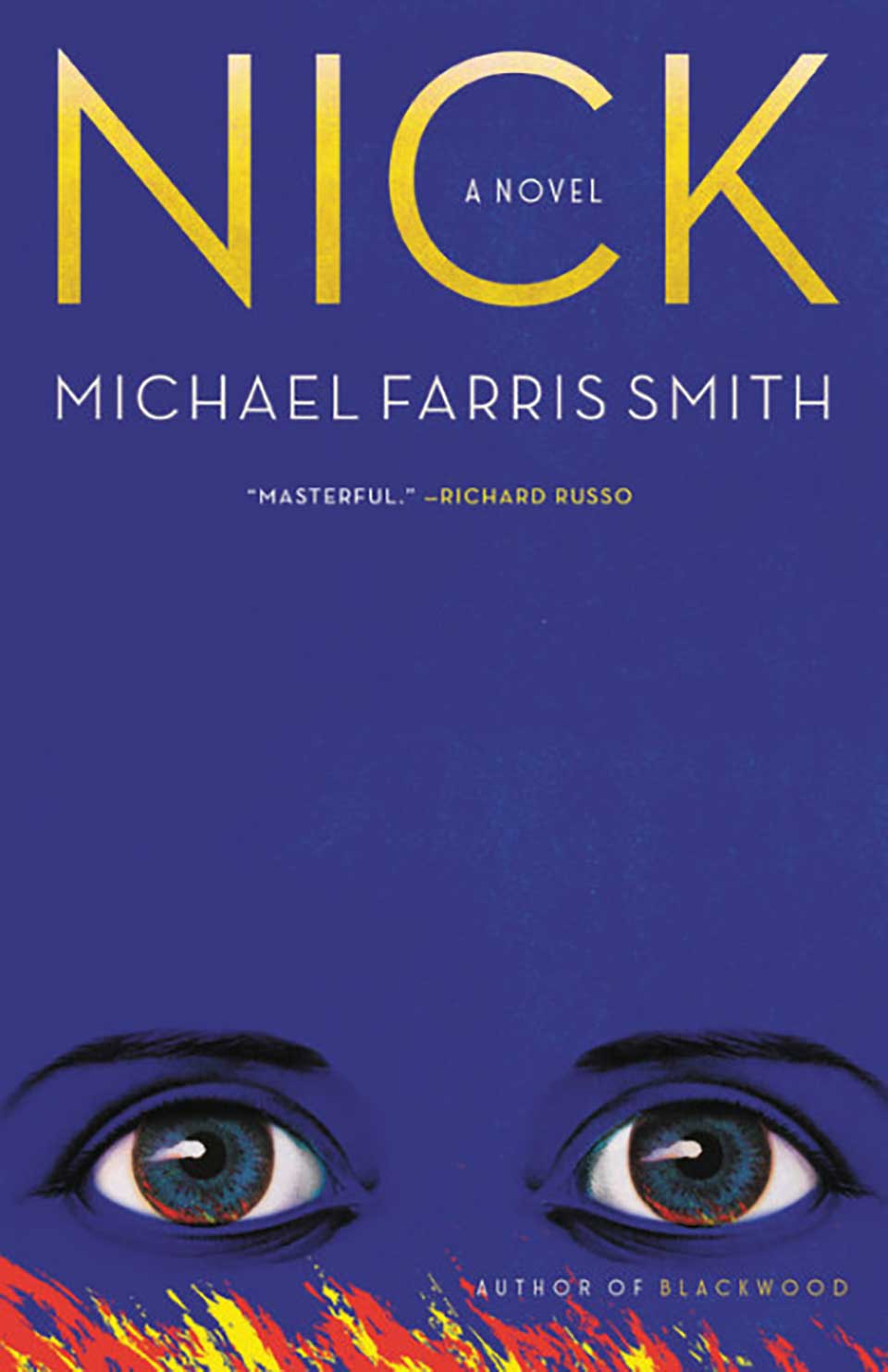 In Fitzgerald’s Gatsby, narrator Nick is the first character to notice the billboard, in Chapter 2. “In a way, the billboard does what Nick could never do — be a completely impartial, completely objective observer of the events around it,” explains Dr. Anna Wulick https://blog.prepscholar.com/the-great-gatsby-dr-tj-eckleburg-eyes-symbol

The billboard also appears in Chapters 7 and 8.

“That’s an advertisement,” responds another.

The symbols of the Gatsby novel — the billboard and the use of green light and ashes — have been analyzed from the peer-reviewed Journal of Literature https://core.ac.uk/download/pdf/234693556.pdf to high school English classes.

Interpretations vary. But this point is clear:  the out of home medium reflects our history, who we are, and what’s important.

Leonardo DiCaprio starred as Jay Gatsby in the most recent film version of The Great Gatsby. Billboards featuring DiCaprio and the beyes of the 1925 Gatsby billboard promoted this award-winning film. 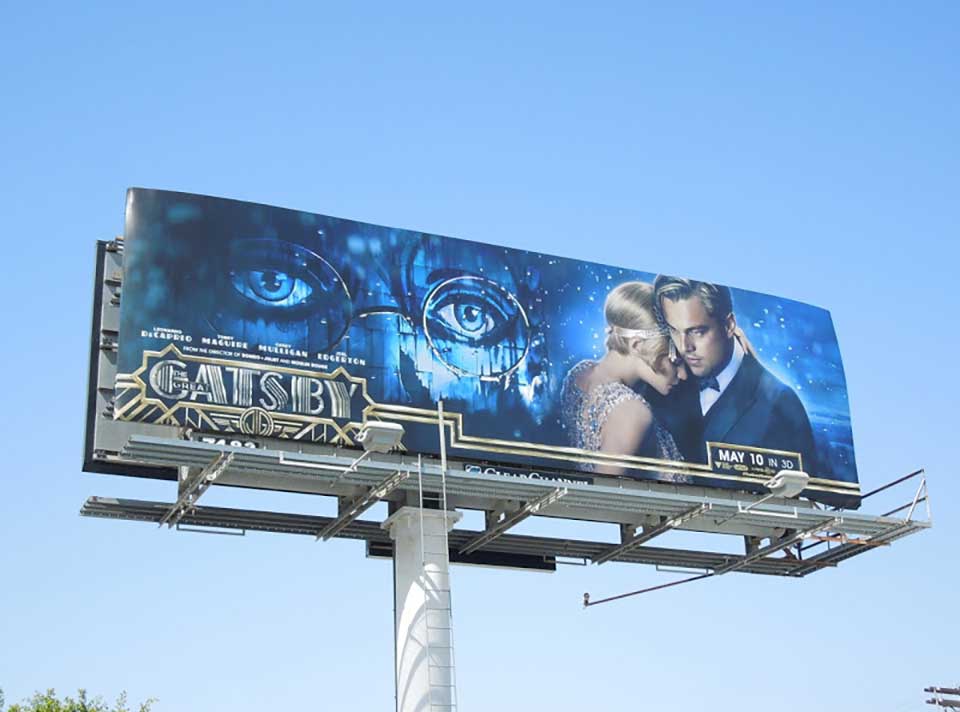 The culture of sport

Even without (many) fans in the stands, sports continue to create shared experiences. On January 23, Ian Rapoport tweeted a memorial tribute to the late Green Bay Packers General Manager Ted Thompson, who drafted quarterback Aaron Rodgers.

@RapSheet shared a “very cool billboard in Green Bay” with his 2.5 million followers. 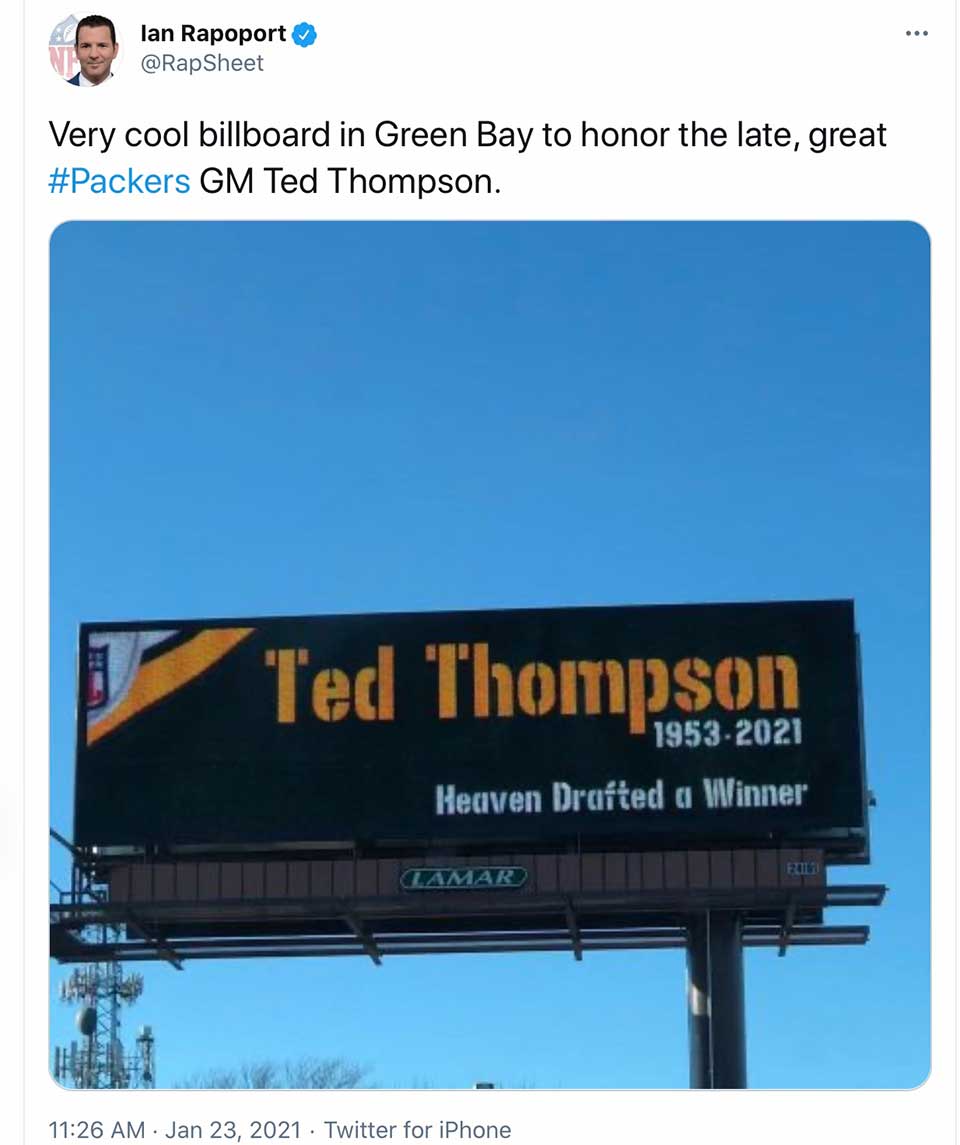 The eyes of the nation

Lawmakers across the political spectrum have heart-racing stories of the riot at the US Capitol on January 6, 2021.  I just heard Senator Chuck Schumer’s.

Sleep-deprived from monitoring election returns from the January 5 runoff in Georgia, Schumer was on the Senate floor on January 6 when an armed officer of the law escorted him to safety. The rioters, he said, were 30 feet away.

Who vandalized the Capitol and attacked the police?  Their identifies should be known, says Schumer and other members of Congress who were at the Capitol that day to certify presidential election results. 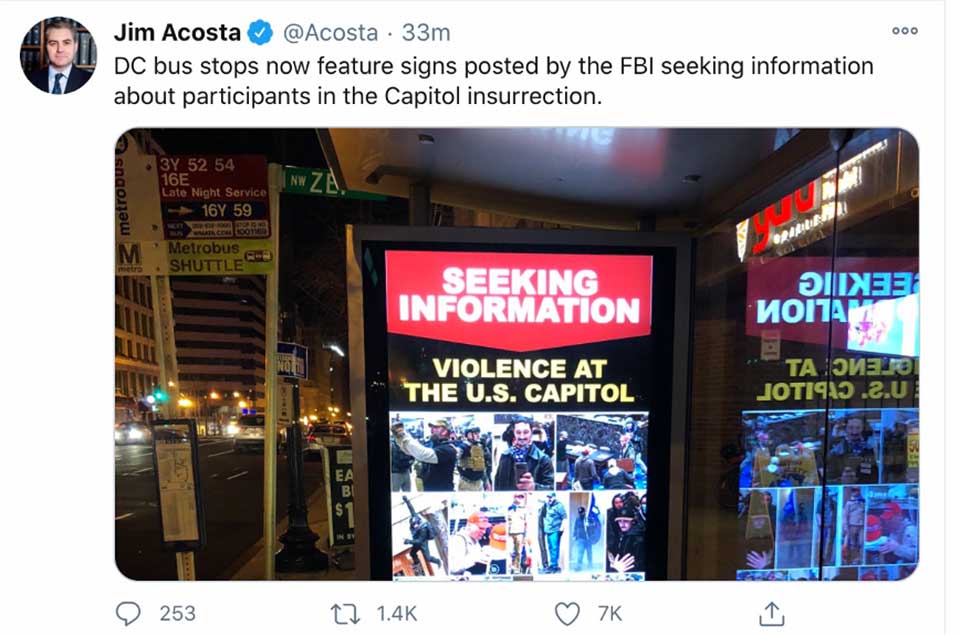 Days later, the FBI expanded its “seeking information” message to out of home displays nationwide.

From Pennsylvania Avenue to F. Scott Fitzgerald’s Great American Novel nearly a century ago, signs outside the home are the eyes of our nation . . . and part of our culture.