By Ken Klein, EVP, Out of Home Advertising Association of America

After a multi-billion-dollar avalanche of political attack ads — so off-putting that some voters turned off their TVs — a glimpse of humor appears in the Georgia runoff election.

US Senate candidate Jon Ossoff put up billboards with his play-on-words tagline:  “VOTE YOUR OSSOFF.” (Click here https://shop.electjon.com/products/vote-your-ossoff-t-shirt  for t-shirts).

His humorous billboards are enlargements of signs from earlier campaigning. A 2017 New Yorker article describes Ossoff campaigning for Congress on a busy street in North Atlanta as “dozens of supporters raised handwritten signs, many of which read, ‘vote your ossoff!’ Cars honked approval as they passed.”

In Georgia, both US Senate contests fell below a 50 percent majority in the November 3 election, prompting a runoff. Republican appointee Senator Kelly Loeffler is challenged by Rev. Raphael Warnock, a Democrat. The outcome of the Georgia runoff will determine which political party controls the US Senate.

Political humor is as old as advertising, in Georgia and beyond.

An internet ad in 2002 portrayed Georgia’s governor (Roy Barnes) as a giant rat stomping through downtown Atlanta. It never aired on TV, but the “King Rat” ad helped the challenger win.

In the heat of the Donald Trump-Hillary Clinton presidential race in 2016, light-hearted real-estate agents posted billboards offering to help those moving to Canada.

After Trump won in 2016, Hacienda Mexican Restaurants in Indiana ignited controversy with billboards touting “The best Mexican food this side of the wall.” The company removed the “wall” message after backlash from the Hispanic community.

In the 2020 presidential primary, former New York Mayor Michael Bloomberg did not seem humorous in debates; he dropped out in early March. But the billionaire self-funding candidate zapped President Trump with one-liners on digital billboards. Bloomberg’s zingers were localized, like this ski joke in Colorado. 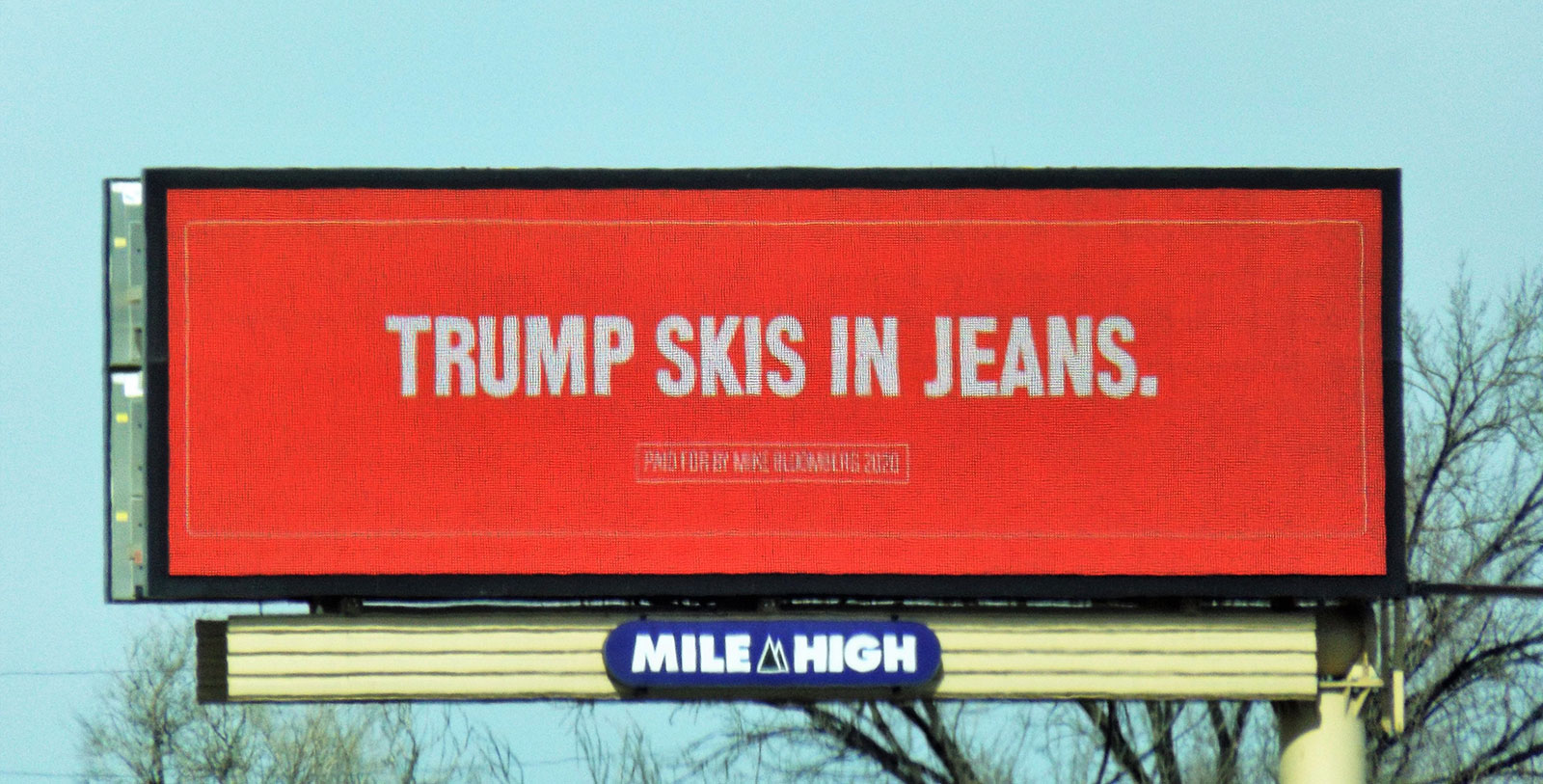 For politicians and brands humor is risky. Excess doesn’t work (too goofy or too offensive). But advertisers also know that humor can be effective and — a Holy Grail of advertising — memorable.

Most people like to laugh . . . and may deserve a good punchline after this election.