Sponsored by
4As
Editorial
October 13, 2021
by Advertising Week
0

You wouldn’t think an animated otter cheerfully strumming a guitar and generically encouraging a diverse array of carefully assembled U.K. residents to recycle would invoke controversy. On its face, it sounds pretty innocuous (or um, innocent, if you’re feeling cheeky). But it did invoke controversy, and if you’re paying attention to the details, it evidences a pretty significant evolution in where consumers are directing their ire when it comes to greenwashing, and how regulators are racing to keep-up.

There’s probably no globally accepted definition of greenwashing, but generally speaking, there is broad agreement that it happens when a company exaggerates either its general environmental practices as a company and/or exaggerates the environmental attributes of a specific product or service. The distinction actually matters – increasingly, consumers are focusing their greenwashing accusations on the company, not the specific product or service of the company. And regulators are not far behind.

In the United States, the Federal Trade Commission (FTC) first released guidance on greenwashing in 1992 (last updated in 2012). Known as the “Green Guides,” the guidance is meant to help companies understand what kinds of claims they could make about specific environmental attributes of a product or service. For example, the Green Guides outline the parameters for how companies can make claims about renewable energy, renewable materials, and carbon offsets.

If you look at the history of enforcement under the Green Guides (and under similar state laws that mimic the Green Guides), it’s primarily about the greenwashing of specific products or services, i.e. company X said this product was made with 50% recycled plastic and it was only made with 10% recycled plastic. And that makes sense, because for regulators to bring a case, they need an “actionable” transgression, i.e., some specific violation of existing regulations that they can point to when building a case. And regulators do have to be specific in their guidance – regulations can and are frequently struck down by courts for vagueness.

But increasingly, consumers and consumer activist groups are levying accusations of greenwashing against companies themselves, not necessarily the specific product or service of a company.

Nestle has been accused of greenwashing because it released a statement saying that it had ambitions for its packaging to be 100% recyclable by 2025 but not releasing a timeline or blueprint for how they were going to achieve it. ExxonMobil was recently accused of greenwashing, suggesting that maybe their algae fuel could reduce transport emissions one day but not releasing a timeline for when that might happen. In 2019 H&M was called out for introducing their “green” clothing line called “Conscious,” but not sufficiently explaining to consumers exactly how this new line was “green” or “sustainable.”

If you were a regulator (at least in the United States) being asked to look at the above examples and bring a case under existing regulations, you might be left scratching your head a bit – what exactly was the “actionable” transgression? These claims seem mostly aspirational in nature, and there’s really no way of knowing how they’ll play-out in the future. It’s worth pointing out here that both the FTC and self-regulatory bodies like the National Advertising Division (NAD) are expected to take a much harder look at aspirational claims in the near future. But for now, it’s a bit of a gray area.

Beyond the need for evolving regulation and self-regulation in this space, the above examples highlight the widening gulf between where consumers are focusing their ire in greenwashing accusations and where regulators have traditionally focused their efforts. It used to be mainly about the exaggerated environmental attributes of the product or service – now it’s increasingly about the exaggerated environmental attributes of the company as a whole.

But back to that cheerful otter strumming the guitar. If you look at some of the accusations being levied against the company involved, you’ll notice something – the accusations seem to be founded on the premise that the company just shouldn’t exist at all, because it’s very existence (selling drinks in plastic bottles) is an environmental detriment. Unfortunately, that’s not something legal or compliance can fix in the copywriting review stage.

Increasingly, brands and agencies will feel more pressure to substantiate their sustainability and environmental efforts at the company level, not just the product or service level. And increasingly, both brands and agencies will have to start doing, or keep doing, the hard work necessary to be as participatory as possible in a new circular economy. 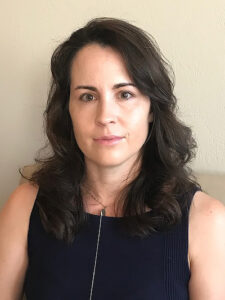 Alison Pepper currently serves as the Executive Vice President of Government Relations at the American Association of Advertising Agencies (4As) in Washington, D.C. In that role she works with regulators, legislators, and cross-industry stakeholders on issues of importance to the advertising community.

Prior to her current role, she served as the Assistant General Counsel and Senior Director of Public Policy at the Interactive Advertising Bureau (IAB) based out of their Washington, D.C. and San Francisco offices.

Alison is a native of Georgia. She holds a B.A. from the University of Georgia and a J.D. from Georgia State University.

What’s in Store for Local-Market Media in 2023

The Trends That Will Shape Brand Experiences in 2023

New Year — Better You: Industries That Should Use Influencers to Benefit From NYE Resolutions