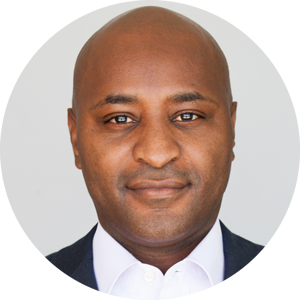 The Black Upfronts—they seemed like a good idea at the time, didn’t they?

The past 5-10 years have seen an overdue acknowledgement of DEI as a corporate priority.  Initially, the Black Upfronts looked like an extension of that progress.  Finally, black-owned media companies would be able to compete for the business that, for generations, they had been shut out of.

But something funny happened along the way.  In 2019, my company ReachTV did less than 2% of our business with agencies while 98% of our business was brand direct. —Agencies ignored us for the most part except for certain brands within the agency ecosystem, as these companies valued our audience. The upfronts, enables companies to have predictable revenue which we couldn’t penetrate for 5 years despite having relationships at the highest level. So, we had high hopes for the first Black Upfronts in 2021.We were told to offer 60%-70% of our inventory in the Upfront…

Our sales numbers for that event? 10% of our Upfront offering. On one hand more than we had ever received and on the other hand, Upfront commitments from only 2 of the 6 major agencies who last year did over $240Billion in billings and committed publicly almost $5B to Black owned media.

Obviously, I was surprised and disappointed.  Because ReachTV’ s demographics are the most desirable of any company you can name.  We deliver programming to airports.  When you’re watching a screen, waiting at the gate to board your flight, or hanging out at the bar, checking out the game during your layover, you’re watching ReachTV.  We cut the deals to bring live CNBC into every major airport.  We’re the only network to offer every single NFL game, live.  And our biggest audience?  The business travelers, including C-suite leadership from every corporation that flies an executive from one city to another.  These are the eyeballs that every major automotive, tech and pharma brand is chasing. And we still could only sell 10% of our upfront inventory in the Upfronts.

I was tempted to call it an anomaly.  Business was just getting back on its feet.  Over the past year, we hit multiple home runs; Full year after closing our CNN airport acquisition, CNBC Live in the mornings and of course NFL live games.  Once again, I had reason to be optimistic about the Black Upfronts.

Our numbers in 2022? With the same agencies as last year, 100% increase, the other agencies, Zero once Again.

Clearly, something is not working the way it’s supposed to. But before I suggest some solutions, I want to step back a little.

DEI. Those initials are very much in fashion in the corporate world.  Or at least two of them are: the D and the I—diversity and inclusion.  You don’t hear as much about the E, which stands for equity. “Equity” is a multifaceted word.  Sometimes it can be a synonym for fairness and equality.  But as any entrepreneur knows, equity means more than that.  It means a piece of the pie.  Skin in the game.  It’s the difference between treading water to stay afloat, versus investing in a share of the future.  Diversity and inclusion are abstract concepts.  It’s easy for a company to express those ideals and think they’ve done their part.  Equity isn’t abstract.  It’s quantifiable—percentages and margins, dollars, and cents.  And the denial of equity is maybe the most damaging long-term legacy of centuries of bias against people of color.

Here’s one example.  Right now, what percentage of black-owned media companies count more than 10 employees on the payroll?

It’s 1%. Sit with that for a moment.  Of all the Black owned media companies in America, just 1% of them have more than 10 employees. All the institutionally racist systems and practices in American history, from plantation slavery to political disenfranchisement (e.g., literacy tests), to redlining, to quotas and glass ceilings… all these forces have conspired to keep generational wealth out of the hands of black people.  And generational wealth is the basis of equity.

Equity was what the Black Upfronts promised black-owned media companies.  Finally, we would be looking at a locked-in revenue stream, a solid base from which we could build our companies and programming, rather than having to hustle every quarter just to keep the lights on. Instead, the landscape feels more barren than ever.

So, I’ve been thinking a lot about the Black Upfronts and how they might live up to their promise. Here’s one improvement: Let us go first and commit! Black-owned media companies are a tiny fraction of the world’s content platforms. We are in no danger of soaking up all the money on the table.  The same isn’t true, however, if you switch the order.  When the big companies go first, what’s left for us are scraps. We talked to brand after brand, only to learn that they’d committed their entire ad budget to Disney, Paramount (BET), etc.etc..

An even more substantive approach would be to follow the leadership of Procter & Gamble, which has backed up its words with changes to internal policy.  Black-owned media companies have asked advertisers to aim for a simple benchmark: commit 2% of annual budgets to black-owned media. Most companies make a good faith but piecemeal effort to live by their commitment.  Not P&G.  When their annual budgets are set, they take a full 2% of that capital and set it aside, earmarked for Black-owned companies.  When we approach P&G, we know that the money is there.  P&G has been at or near the top of their industry for decades.  You think they know a thing or two about smart ad buying?

One agency has adopted this policy which does give me hope and adds a third agency to register upfront dollars to ReachTV.

I’m frustrated, but I’m not despairing or cynical.  Black-owned media has a voice, and just as important, a receptive set of potential partners on the other side of the table.  I believe they want to do right by us.  If we can refine the mechanism by which they can offer that support, we can help them live up to their commitments, and convert our voice into the equity we deserve.

Lynnwood Bibbens is a serial entrepreneur and the CEO & Founder of ReachTV. As CEO, Bibbens has taken a leadership role in identifying new markets and opportunities for the ReachTV Network, resulting in the Company’s seminal sales, distribution and partnership deals with world-class traditional and digital media and technology powerhouses. Bibbens has led the Company’s direction and growth from a national to an international network with a reach of over 100 Million viewers on the go.

Prior to ReachTV, Lynnwood developed solutions for the Media and Entertainment industry, integrating multiple dynamic content platforms that use proprietary technology that enabled top tier brands to better understand their clients. He has teamed up with syndication partners AOL, Yahoo, Google, Roku, Opera, XBox, Dish, Comcast, Verizon, Adobe, Scripps, and Amazon. Mr. Bibbens was the Producer and Executive Producer of “Celebrated” an Entertainment Bio series, culminating in 6 seasons which was sold in the US and around the globe. He has produced both daily and episodic Television focused on Entertainment, Sports, and News.