The United States is undergoing a radical, seismic cultural shift. An ongoing global pandemic has upended life as we know it, forcing the industry to pull spots, rethink how we visualize connectedness and community, and shift into a representation of the oft-cliched but still very appropriate “new normal.”

An uprising for racial justice brought swells of people out of their homes and into the streets in protest, dramatically both shifting public opinion and the national conversation on what it means for Black lives to matter.

All the while, demographics in the US are expanding, contracting, and evolving, societal expectations and social norms are being rewritten, gatekeepers are being ousted, and culture is being created, pushed on and honed from the bottom up. The ground is moving beneath our feet, and the people are demanding change that they can see in spaces like policy or in media like the news, film, television, music and yes, in marketing and advertising. 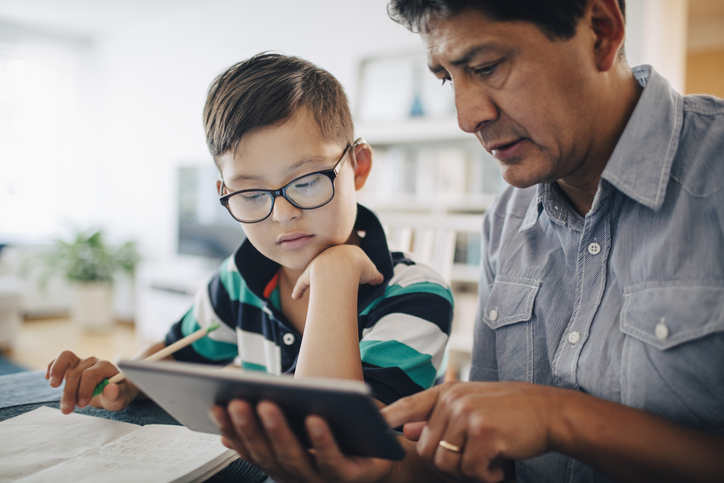 Many brands have responded nimbly to this rallying cry for change: 2 in 3 companies on the S&P 500 made public statements supporting the BLM movement,1 over 50 billion dollars were pledged for racial justice,2 and on Getty Images, we continue to see “diversity” in our top 50 searches (for context, we receive billions of searches on our site every year).

Yet, there’s a disconnect that continues to linger. According to our Visual GPS research, consumers see more diversity on their social media feeds than they do from brand communications. What’s more is the United Nations’ Unstereotype Alliance has uncovered that most people with impacted or underrepresented identities — e.g., women of all backgrounds, Black or African Americans, Asian Americans, Latino/e/x Americans, people with disabilities, LGBTQ+ people — do not feel represented in today’s advertising.3

It’s increasingly clear that while there’s certainly a desire for progress and commitment to representation, there remains a deeply entrenched attachment to an aspirational ideal that appeals to the masses, which often leaves out a celebration of the nuance and specificity of this country’s diverse reality.

This gap is both unsettling and unacceptable to most of today’s consumers. In fact, 67% agree that it is important that the companies they buy from celebrate diversity of all kinds. Change is needed, but where should it begin?

“Diversity” has many different dimensions. It has layers that overlap, that intersect, and that are constantly changing, and this is certainly the case for the US. For example, American racial demographics are becoming more complex: people of color now represent 43% of the US population, up from 34% in 2010.4

This is largely due to fewer people identifying as white as culture and language shifts and opting to be recognized as multiracial. Additionally, the LGBTQ+ community continues to grow and expand, making up roughly 15% of the total US total population.5

We’re moving beyond the gender binary, and each day, more people are identifying as transgender, nonbinary or gender non-conforming.6,7 We’re also choosing different ways to define family and community, from the rise of multigenerational households to the boom of same-sex parents or intentional co-parenting to opting out of parenthood completely.8, 9

And most importantly, we’re coming into acceptance that recognition is needed for the 1 in 4 Americans who live with some form of disability,10 that a larger and larger swath of our population is over 6511 and that most American women are not a size 2.12

There are a few ways brands can take action immediately when making visual choices:

Everyone is fighting for visibility, and as one of the most far-reaching and ubiquitous forms of media, advertising is essential for picking up the mantle of lasting change. The industry must create space for people of all backgrounds to show up in a variety of different truths, whatever that might look like, and those truths need to show up in the way their stories are told in advertising and marketing.

Yes, it’s complex, and yes, it will require a type of practice-building that is new and unfamiliar. But if you are indeed committed to diversity and inclusion, it’s an effort worth making. We will know we have made progress when we have reduced the homogeneity of the “most popular” visuals and when we give visibility to groups that have been marginalized in the past. It’s time for brands and agencies to show up, do their part and be the change that people want to see.

How 70+ Adults are Leading the Largest Online Migration of Any Single Demo in U.S. History